Top 5 Places To Enjoy Gelato From Rome To Venice 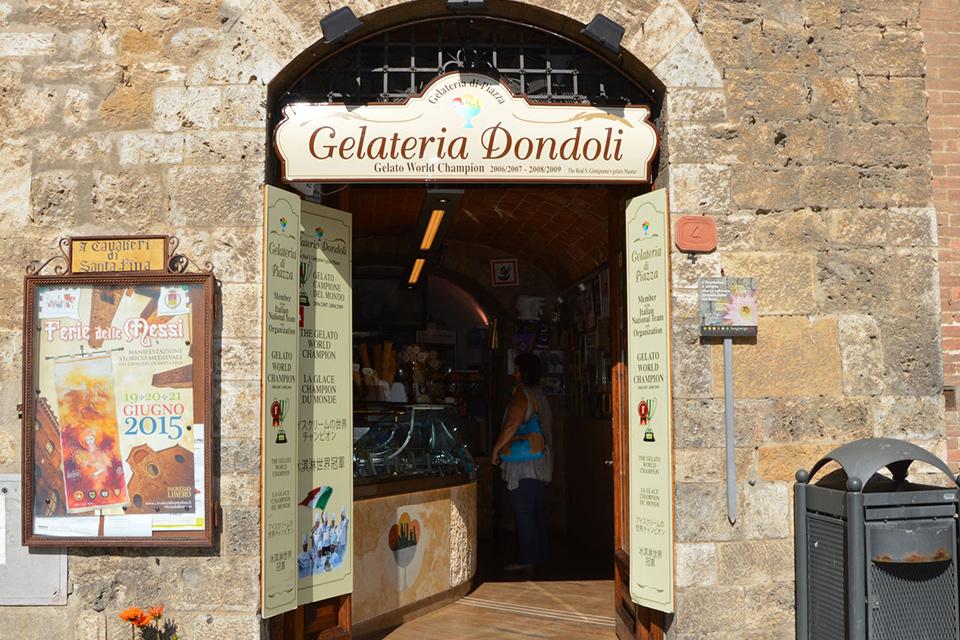 I've come to learn that good gelato is basically as essential to life in Italy as Sunday lunch with family, or assuring your grandma you've eaten enough today. Going out for a gelato is ritual, always done in good company (usually in hotter summer months), and as a golden rule one NEVER compromises on quality, taste, and especially creaminess!

Gelato is very different from ice cream, typically made from eggs, milk, and cream and served at a warmer temperature which gives it a velvety, rich, melt-in-your-mouth kind of decadence that's worth an extra scoop (or two… or three ...!)

There are gelateria on pretty much every corner of every Italian town, but finding an authentic gelateria that uses high quality ingredients is another story. As a rule of thumb, try to avoid the colorful shops with menus in multiple languages ​​and mountains of gelato piled high. Seriously… avoid the gelato mountains !!! Many of these tourist traps sway from artisanal methods and use pre-mixed flavors and powders to make their ice cream. If you see all English everywhere, it's usually a bad sign.

I based this list on the "holy trinity": great service, superior quality, and good location. There are plenty of amazing places outside the historic city centers, but for most visitors, making the trek (often in the heat) is simply unpractical.

To find the REALLY good stuff, you'll have to venture off-the-beaten-track… and trust me, it is definitely worth it! After all, the secret to living "la dolce vita" is to truly enjoy every moment in life, and never, EVER compromise on quality - especially when it comes to food !!

For just a few moments ... ignore everything you read in the introduction, because this world champion gelateria breaks all the rules! San Gimignano is an extraordinary hilltop village in the Elsa valley of Tuscany, with a famously difficult name to pronounce ( hint: San Ji-min-YAH-no! ). It is still enclosed within its medieval walls, and much like Bologna to the north, it once boasted a skyline like somewhat of a medieval Manhattan. Wealthy ruling families competed with each other by building a higher tower than their neighbors, and many still remain.Located right on the central Piazza della Cisterna, this award-winning institution is helmed by gelato master Sergio, who is the creator of unique flavors like Crema di Santa Fina (cream with local saffron and pine nuts), Champelmo (pink grapefruit and sparkling wine ), Dolceamaro (cream with fresh garden herbs), and Vernaccia sorbet made with the typical wine of the same name. To complete the experience, I recommend taking your gelato for a leisurely stroll along the Piazza,

Priceless artworks, iconic architecture, and incredible cuisine are just a few of the many reasons why Florence is the beating heart of Tuscany; a beautiful city balancing a glorious Renaissance past with the modern world. In the midst of Florence's star-studded culinary scene, as one can imagine incredible gelato is reasonably easy to find. Perhaps not surprisingly, one of Florence's absolute best gelato haunts looks out onto one of the city's oldest and most famous bridges, the Ponte Alla Carraia, just a short walk from the Ponte Vecchio. The bridge you walk across today was built post war and connects the city center to the Oltrarno neighborhood, although the history of this bridge stretches all the way back to the 13 thcentury. Taking its name from this little piece of Florentine history, Gelateria La Carraia uses fresh, local milk and has mastered the art of crafting the perfect gelato "base" that is then mixed with other fresh ingredients to create both the classics like pistachio and frutti di bosco, as well as the unique flavors they're known for. The best part is, it's also super cheap !! Grab a cone of ricotta and pear or walnut and fig, and take a walk across the bridge to the "locals only" Oltrarno neighborhood to really immerse yourself into the heart of Florentine life.

Come try this tasty gelato and explore Florence on our tour!

For most Venetians, to not have tasted the Gianduiotto (Gianduja chocolate) gelato from Gelati Nico at least once in your life is considered a true and heinous crime. And I'm only mostly kidding, because the confectionary masterpiece we speak of is the absolute apogee of decadence. Gianduja is a creamy, dreamy mixture of chocolate and hazelnuts invented "ad-hoc" in Turin at the turn of the 19 th century by a chocolatier under pressure of trade restrictions imposed under Napoleon's regency that put a premium on cocoa. The resulting confection was so rich and indulgent, the chocolatier named his creation after a happy-go-lucky marionette character of the previous century, Gioan d'la Doujawho represented the Piedmont region and loved good food, good wine, and beautiful women. Gelati Nico's interpretation comes as a solid, frozen block of gianduja gelato lovingly cradled by thick clouds of freshly whipped cream, or panna . It's definitely worth the extra couple euros to grab a table on the terrace and take in the spectacular view out over the Giudecca canal. For the full experience you might even hang your feet over the walkway and enjoy the view, do some people watching, and watch Venetian life pass by.

Come try this tasty gelato and explore Venice on our Flavors of Verona and Lake Garda tour!

Bologna is often considered the crown of Italy's gelato scene, perhaps because of the countless pastry and gelateria shops that line the city's elegant porticos ... or perhaps because of the sparkling gem in Bologna's crown: the Cremeria Santo Stefano! Step inside and admire the classically Italian décor, before your eyes are drawn to the real spectacle; a sparkling, colorful case full of (arguably) the best gelato in all of Bologna. Not surprisingly, in fact, the local Bolognesi(and just about every other human, let's be honest!) love gelato so much that there is even an entire museum dedicated to the history of this creamy culinary confection. The tiny-yet-chic gelato shop truly stands out from the masses, thanks to their unwavering dedication to quality as well as their creative flavor-making process. Choose among mouth-watering flavors like 7-Churches Cream or Baraccano's Chocolate, and allow yourself to truly indulge with reckless abandon by adding a freshly baked brioche, pastry, or focaccia from their bakery next door !! Don't tell your doctor and walk off a few carbs with a leisurely stroll to the picturesque Piazza Santo Stefano just down the street.