The Spice that loved Italy 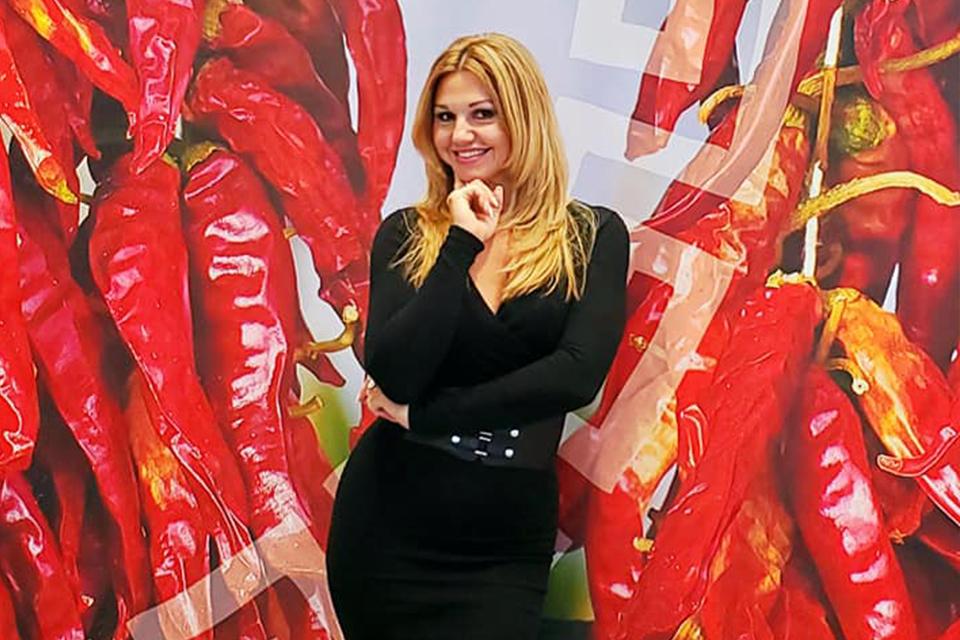 The Spice that loved Italy from Sizzling Sicily

February is all about love and passion. Reconnecting with our workshop, Romantic Escapes, I really would like to introduce you to an amazing ingredient, which has a lot to do with Eros, Amore and everything in between! We are going to talk of a fruit (yes, a fruit, like the tomato!) that has been related for centuries to the spice in our life: the magnificent Peperoncino.

We will also stumble on its connections with Cioccolato and Olio di Oliva.

Quick note! Have you noticed that both chili or chocolate are not originally from Italy, or the Mediterranean? Even the tomato is not an original fruit from that part of south Europe and yet on our Italian menus the Pizza Margherita, the Pasta al Filetto di Pomodoro, Lasagna, Caprese shine at first sight! How curious! One thing is certain, Italians are masters when it comes to transforming primary goods into finished products! In the kitchen, that has produced incredible recipes, of which some have become iconic! And it was this casual serendipity that brought the “spice” on Italian tables!

The Chili, or peperoncino, came to Europe with Colombo after his second voyage to the Americas. It is accurate to say that the spice was already known to the Mexican area for over 6000 years! How did Italians end up adopting, using the term peperoncino? Allegedly, for its closeness in taste to (black) pepper, until then the strongest of the imported spices.

In particular, the Spanish spotted two regions to grow such an exotic plant, Calabria and (south) Basilicata. Finally, the chili had its new home!

Few centuries passed by and so many recipes - of that particular deep south of Mediterranean - boasted the ingredient. Experts of Italian heritage and cuisine assert that, clearly, the spice helped commoners’ belly feeling fuller, an ideal combination for some of the poorest communities.

However, all social classes seemed fascinated about the “spezia infuocata” (hot spice). Even the Catholic Church grew worried about his use…and abuse! Obviously, there must have been some truth about its celebrated aphrodisiac influence. Already Cristoforo Colombo when advertising the tiny, red pepper to the Spanish Court, it highlighted the secret powers, granting stamina and endurance, used by King Montezuma while “entertaining” his concubines. Apparently, he was drinking it in a hot, (though sour!!) beverage called by the Aztecs “chocolate” - the “nectar of the Gods” on that side of the world - made out of a seed called cacao, meaning food for the Gods!

Somehow, that particular and unlikely combination was destined to repeat once more. If you are soon to visit Modica, Sicily - all eyes open on our Sizzling Sicily Tour - search for “cioccolata al pepperoncino”! The local patisseries have reprised that story and sell a similar product in bars or also cakes (watch out at that frosting!).

Even our very poet, Gabriele D’Annunzio, wrote a poem about it, called “Ode al Diavulicchio” (Ode to the Little Devil).

Of all regions in Italy, Calabria probably is the truly connected one with the use of the “O’ Pipeddhu” (Calabrian dialect). They even advertise it as “natural” remedy for passionate nights! Everyone who has a respectable kitchen pantry in Italy, has a bottle of Olio Santo (cold infusion of olive oil with Italian pepperoncino) in their cupboard! La Calabria claims famous, spicy salami, like the Soppressata and the ‘Nduja (a spreadable one!).  But there is more! In fact, even the city of Napoli became fascinated by the peperoncino, so much that the shape of it became the (new) symbol of the o’ curniciell’ (the lucky horn).  Although the “scaramantic” (or superstitious) red coral amulet against the evil-eye is indeed of older heritage, at least 3500 years old, a reminiscence of the god Priapus, it seemed to work very well with the new Mesoamerican spice! The fascination with peperoncino piccante!

Modern Italians love it and they associate the spice with (possibly) the easiest meal, notoriously companion of small friends’ parties (good for hangovers too…so they say!) and…” drumrolls”.…romantic dates: pasta, aglio, olio e peperoncino! I would describe it as an easygoing meal! An easy first course, very familiar in the South of the Bel Paese and often center of late-night feasts (yes…later than 11pm!!). A flair which is not over the top and ideal for amateur chefs attempting a nice and romantic Italian themed date!

Garlic (aglio) and olive oil are of course common ingredients in our cuisine. However, the secret of this pasta recipe is not allowing any of the three ingredients to overpower (in taste) the others. Hence, the right amount of garlic (1 to 3 gloves at top, depending by the party, minced and pressed as a puree), half cup (max!) of olio di oliva extra vergine (by the way, we have received this amazing new Extra Virgin Oil from the Pruneti Oil Mill in Tuscany…fantastico! try some!), one (some people use two) peperoncino and some prezzemolo (parsley, as garnishment).

Very important, when cutting the peperoncino, please discard the tip and the flakes (seeds). Those are the parts that contain majority of the capsaicin (the “hot hot hot” in the chili), while the rest will offer the right amount of flavor without that intense sensation.

Finally, allow me a small tip: when cooking the garlic puree, please do not overheat the oil! Remember, it is extra virgin (much more delicate than regular cooking oil) and it will taste “burnt” if not attended (you have been warned!). Follow the drills and in doing so your date will not walk away! Worst case scenario, you always have an ace up your sleeve:  play the Chocolate and Peperoncino cake card!