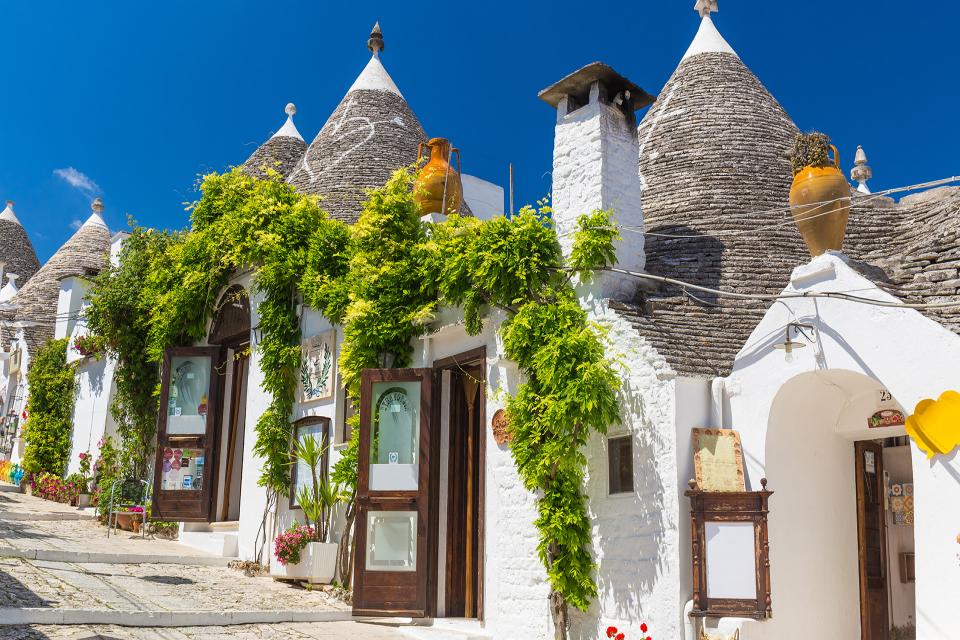 In 2010, Jesse walked into his first Italian class and knew right away there was no turning back. With an extensive background in musical studies, he discovered a natural inclination for languages and now speaks fluent Italian with a nearly impeccable accent. Jesse was born with a love of adventure, and his Italian heritage eventually inspired him to go to Italy to teach English. Through his journeys, he developed a strong pen and is now an avid writer and influencer for all things Italy. Although this incredibly diverse country is home to countless ‘borghi’ and little-known historic gems, we hope you enjoy learning about 10 of our absolute favorite under-the-radar villages to visit on your next trip. Know of a hidden treasure that you think should be on the list? Send us an email at info@nadasitaly.com and let us know! Ciao!

This sleepy Umbrian town seems to rise out of the sparkling waters of Lake Trasimeno, and its hilltop position offers plenty of opportunities to snap a panoramic photo of the surrounding countryside! Conquered by the Etruscans, the village was eventually fortified in the middle ages with the massive “Rocca del Leone” fortress, constructed in a strange pentagonal shape with three gates to the city and a triangular tower. The unique shape is said to mirror the Leo constellation that dominates the night sky over the lake. Many of the town’s treasures were constructed during the Renaissance by the wealthy Della Corgna family, including the Palazzo Ducale adorned with stunning frescoes. One visit to this gem and you’re sure to fall under its spell… much like some of the town’s past guests, which included Niccolò Macchievelli and even Leonardo da Vinci!

A quaint coastal town in the province of Lucca, Pietrasanta has been the center of Italy’s art scene for more than 6 centuries. Once a stop for pilgrims following the Via Francigena to Rome, echoes of the city’s Roman origins remain; from the narrow streets that form a typical Roman grid layout (uncommon in Tuscany), to a small stretch of the Roman wall that still stands. Thanks in part to the nearby marble quarries of Carrara, it was here that Michelangelo chose to take up residence! In more recent years, Pietrasanta has drawn scores of international artists and sculptors with over 15 contemporary art galleries dotting the historic center. To catch one of the many exhibitions, the best time to visit is June through September. Pietrasanta is a cultural hub for more than just artists, with countless local trattorie, wine bars, and boutiques waiting to be discovered around every corner! To top it all off, the pristine beaches of Forte dei Marmi are just 2 miles away.

Italy is home to countless historic wonders and medieval gems, and Montagnana is the sparkling crown jewel! A quaint village in the quiet green plains of Verona, Montagnana appears today almost exactly as it was in the 14th century. The impressive medieval walls are among the most well-preserved in all of Europe, and feature 24 hexagonal towers and 4 city gates including the Porta Legnano, also known as the Fortress of the Trees, still preserving the original 13th century wooden doors. From the Rocca degli Alberi, a 14th century castle, to the Castle of San Zeno and the city’s cathedral in the main piazza, this incredible city boasts a rich variety of history, culture, and unique traditions that can still be experienced today.