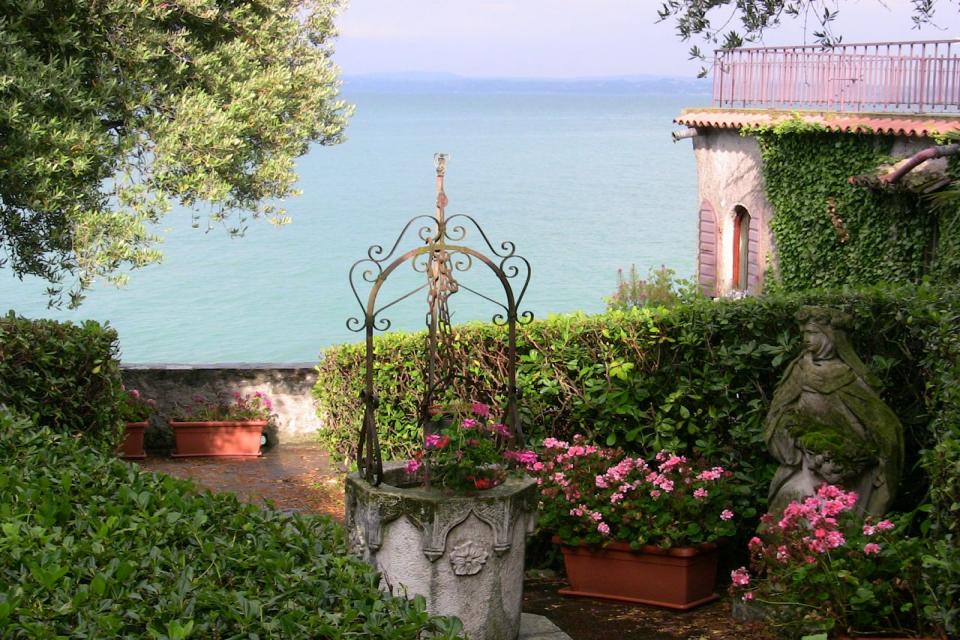 Find the right hotel without getting lost among "the stars".

Whether you're planning to see the major cities or choosing a secluded villa in the countryside, you want to follow some guidelines to make sure you'll end up in the perfect place for your vacation.

Well, you know what I mean by stars.. not the ones in the sky, but those displayed next to the name of a hotel! The important thing to keep in mind is that all hotels in Italy are rated based on a 1-5 star scale by the local tourism government agency, not by guests! What this means is that stars don't always equal to excellence, as a matter of fact, many 3-star hotels are actually more charming and have better customer service than most 5-star luxury hotels, which in many cases are out-dated and do not offer as much personal attention compared to smaller hotels. Often the star-rating is based on the number of rooms a hotel has, NOT whether the hotel is actually eye-appealing, clean, centrally located, or overall a quality accomodation. SO BE AWARE of that when booking a hotel, don't let the star-rating deceive you!

It's better instead to choose your hotel based on guest ratings and a location that is convenient based on what you intend to do in the particular city.

If you're intention is sight-seeing, make sure you pick a spot that is in walking distance to most of the city's highlights. If you're intention is to find a place where you can fly out of, perhaps the best option is to pick a hotel near the airport. If you're going to pick a base and take day-trips to other Italian cities, make sure you pick a hotel that is in walking distance to the train station. Also, most hotels in city centers do not offer parking, so if you're planning on renting a car, keep the need for a parking space in mind when looking for a place to stay. Definitely do your research online and read previous guests' reviews about the hotels that peak your interest.

Bed & Breakfasts have become more and more popular in the recent years, some featuring just a few rooms, often run by a family. They do not go by star-rating, so it is very important to research any feed-back left by previous customers. Some are called "Residence" or "Relais", but in the end, they're just other words for B&B. B&B's often are an apartment-home divided into rooms with a common area for breakfast & reception. As most of them are located in a building that has other businesses or even residences, you will most likely be accessing it by a common entrance and elevator. Actually, many B&B's do not have elevators and many of the amenities bigger hotels have, which they make up for with plenty of charm and intimacy. Many families have turned their own homes into a place for guests to stay. Rates for B&B's can be just as high as for larger hotels, so sometimes it's just a matter of personal preference, rather than a budget-driven decision. Keep in mind that many B&B's do not have a 24-reception service and there may be a night curfew, after which you cannot get into or leave the hotel, so make sure to ask about that.

Differences between Italy and the USA
Air conditioning and heating are not standard in some hotels abroad and are not guaranteed, so if this is important to you, send the hotel an email with your questions. By Italian standards, bathrooms and bedrooms are smaller compared to the equivalent U.S. hotels. Beds are also smaller as there is no king-size. Typically queen-size beds are two single beds pushed together. Also, mattresses are on the firm-side, as well as pillows, so if you need to rest your head on a very soft pillow, you're better off bringing one with you from home!
Always pack light! If you have any type of knee problem or other mobility issue, keep in mind that many hotels do not have elevators or porters, and sometimes there is a set of stairs to even get to the elevator!
As a general rule, try not to go below the 2-star rating when choosing a hotel, otherwise you could end up with something you may want to jump out of the second you get there...

Types of rooms.
There are actually many types of rooms, even in small hotels. Different hotels give rooms different names based on... I don't know, the manager who's working that day? There's no exact criteria, so how do you choose between the "executive", the "superior", the "standard double", the "deluxe", the "junior suite" and on and on.... some hotels actually give each room a NAME, like "Lorenzo" or "Leonardo"!!
To simplify things, be as detailed as possible about your needs when submitting a request to a hotel. This will give them guidelines about what you want, so they can give you the relative rates for the room you're looking for. Often times, rooms have higher rates just because there is a view or a tub instead of a shower. Other times, rooms that have obvious aesthetic differences may be equally priced, so if you're going to book a "standard double", for example, make sure to request "the best standard double you have", it's worth it!
As far as making the actual reservation, some hotels require that you pay prior to arrival, others... just need an email! If this is the case, make sure you receive a confirmation email from them.

USEFUL EXPRESSIONS WHEN BOOKING A HOTEL: